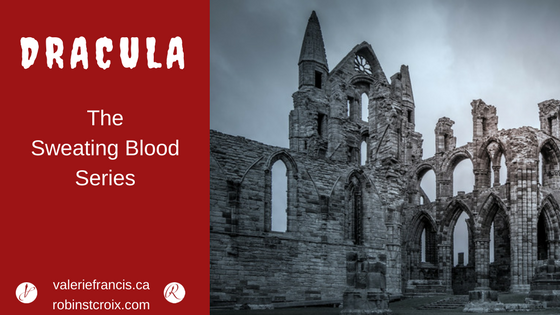 As I work my way through the Story Grid Edition of Dracula, a couple of things are hitting me.

First: Reading a novel in the middle of the day is what I’m supposed to be doing. It’s not goofing off. That is so cool.

Second: Since I’ve never done this before, I have no clue whether I’m on schedule or not. That’s a bit unsettling for the Virgo in me.

Third: In future, I should probably pick shorter books to analyze. Dracula is 162,000 words – twice the length of an average adult novel. Thanks, Bram.

Fourth:  Shawn Coyne’s Story Grid method works. I mean, I knew it did. As a writer, I’ve benefited from it. But this is the first time I’ve applied it to a classic text and it’s revealing so many fascinating things. Let me give you a for instance.

Followers of the Story Grid will have heard Shawn say over and over that long passages of exposition should be avoided. Information often dumped in these passages is better revealed bit by bit over the course of the novel. It should be used as fuel to tease the audience and propel the Story forward.

As a writer, when I first heard that I thought “sounds reasonable. This man knows more about the business than I do, so I’ll do what he says.” Lord knows I followed less useful advice from less experienced people. Why quibble with a man who has 25+ years of experience in the publishing industry? I like his approach to editing and his Story philosophy was in line with mine, so I made the decision to take what he was saying on faith unless and until I found out he didn’t know what he was talking about.

I’d heard others recommend that authors “show, don’t tell”. That is, illustrate how a character is feeling, don’t tell the reader how he’s feeling. But Shawn’s exposition as ammunition advice is a bit different. He suggests using the details that readers need to know in a strategic way. Keep readers on a need-to-know basis and reveal just enough information to keep them turning the page. The end of China Town, when Evelyn Mulwray says that Katherine is her sister and her daughter, is one prime example of exposition as ammunition. Another, from Harry Potter is when we learn that Snape is in love with Lilly Potter. These are tricky things to set up but oh my, as a viewer/reader these are the moments that make our jaws drop. They are infinitely satisfying and memorable.

However, then I’d see passages of exposition in other novels and scratch my head. I’d wonder why other authors were doing it if it wasn’t a smart technique. I mean, the harsh truth is that using exposition as ammunition is bloody hard work. It’s the kind of thing that a writer weaves in draft after draft. Seriously, it’s sooooo much easier to dump out the information at the beginning of a chapter and be done with it.

As consumers of Story we don’t often realize that the breadcrumbs have been dropped for us. We are – or we should be – too engrossed in the Story to see the craft at play. But in analyzing Dracula, it’s the craft I’m most interested in and I can now see exactly why Shawn advises that authors use exposition as ammunition. I’m no longer taking this advice on faith.

Chapter 18 of Dracula, is a straight up info dump. It’s everything you ever wanted to know about vampires all laid out like a report with no suspense and no mystery. In Act 1, Stoker is cooking with gas. The story buzzes along, gradually revealing the horror that Jonathan Harker is getting himself into. A reader can’t help but turn the page!

But here, right in the middle build, when we should be gnawing off our fingernails, is everything laid out. This is who Dracula is, and this is how he is overcome. As a reader, I find it to be a big letdown. As a writer, I see it as a missed opportunity.

That information is golden and has more than enough clout to propel a middle build that has very long passages where nothing happens. Stoker could have tantalized the reader with this. He could have used it to build the tension and excitement.

I know, I know … hindsight is 20/20. Who am I to criticize a novel that has not been out of print in 120 years. I should be so lucky as to write a Story with the staying-power of Dracula. You won’t get an argument from me on that one, and I’ll be writing a post about exactly why I think the Story has survived.

However, there is a lesson to be learned here. Exposition as ammunition, as difficult as it is to pull off, is worth all the hard work. It separates the professional writers from the amateurs. Long passages of information are boring. They make a Story lose its sizzle. In a world where authors are competing with mobile phones, Netflix, the internet and so on, we’d be wise to use every trick in our arsenal to write a Story that compels.

Valerie Francis is a bestselling author, literary editor, and podcaster with a passion for stories by, for and about women.

Each month, Valerie recommends books from literature’s best female authors. Selections come from every genre because women write, and read, in every genre. The Women’s Fiction category offers up some terrific novels, but these days there’s a strong female presence in thriller, horror, crime, and other genres traditionally dominated by male writers. No matter what the publishing companies may think, in the 21st Century, Women’s Fiction is whatever we want it to be.

stories for women, by women, and about women