Not much has been written about The Hero’s Gift Expressed, yet it’s one of the most crucial storytelling principles to incorporate into your story. This season, Valerie explains the concept and shows how it impacts the entire story, especially the climax. Meanwhile, Melanie examines Forces of Antagonism. Your protagonist might be the most important character in your novel, but the antagonist is the second most important; without him, you don’t have a story. The best part about this season is that these two storytelling principles dovetail perfectly.

To wind up the season, Valerie and Melanie summarize what they’ve learned about the hero’s gift expressed and forces of antagonism, and they offer their best advice about how you can get these storytelling principles working in your own novel. This is an episode you’ll want to bookmark!

It’s hard to know quite where this film went off the rails, but certainly, one of the main problems is that there isn’t any real conflict or tension. Just as tension begins to form, it fizzles, and so too does the viewer’s interest. Why did this happen and how can you avoid it in your story?

Episode 209 – A Few Good Men: this is how you handle exposition

If you’ve ever been told to “show, don’t tell” then you’ll want to listen to this episode because the truth is that exposition (i.e., “tell”) is an effective storytelling tool. This film is a brilliant example of forces of antagonism, the hero’s gift expressed, and just about every other storytelling principle you can think of — including exposition.

Episode 207 – Death on the Nile: the moustache mystery

This might be one of Agatha Christie’s best known mysteries, but does it work for a modern audience? This week, Valerie and Melanie analyze Sir Kenneth Branagh’s version of Christie’s classic tale, and discuss just how far into a story the inciting incident can be. And don’t miss Melanie’s super sleuth skills in action as she uncovers a major plot hole that has to do with Poirot’s famous moustache.

Episode 206 – Promising Young Woman: when society is the villain

The writing in this film is nothing short of masterful. Among the many reasons to study it is the way it develops Society as a force of antagonism. The heroine isn’t just battling men, she’s up against women, societal attitudes, and institutions too.

Episode 205 – The Matrix: give your story away

In the first 10 pages of your story, you need to give the ending away. Sounds crazy, right? But, it’s true. Why on earth would we do that? It would ruin the story, wouldn’t it? Nope. When done right, it makes the story better. How would we do it? Listen to this episode to find out.

Did you know that if the alter ego doesn’t have a gift to express, the superhero doesn’t have a superpower? In this episode Valerie and Melanie discuss the importance of Carol Danvers’s gift, and how expressing it ultimately enables her to both outsmart and overpower the forces of antagonism.

This week’s episode is a bit of a throwback to season one, as Valerie and Melanie debate the genre and whether the antagonist is a monster, or a man who is monstrous. (In the world of storytelling, there’s a big difference!) What do you think, is The Invisible Man a horror or a thriller?

You can’t go wrong with a performance story; it’s a crowd-pleaser every time. With this genre, the opponent is usually the sole antagonist. But this film has a whole host of antagonists working together to complicate the plot and make life for the heroine very, very difficult. How did the writers weave together multiple forces of antagonism so seamlessly? Tune in to find out.

We’re kicking off a new season with a focus on two new storytelling principles! In Season 2, Valerie is studying The Hero’s Gift Expressed and Melanie is studying Forces of Antagonism. Legally Blonde is a beautiful example of both! 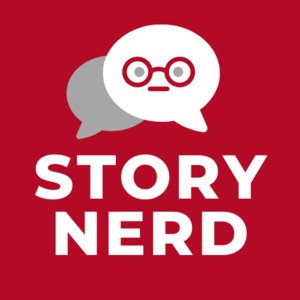